Labor today announced the next part of our plan to tackle the housing crisis – the Regional First Home Buyer Support Scheme.

The Scheme will help 10,000 Australian families a year in regional areas to buy their first home.

This triples the number of places that Australians living in regional areas received last year under the current First Home Loan Deposit Scheme.

It is harder to buy a house today than ever before.

Last year, housing prices in our capital cities rose by 21 per cent.

In the regions they jumped by 26 per cent.

In many parts of regional areas, the cost of buying a house increased by even more:

Last week, Infrastructure Australia released a report that confirmed housing has been identified as the biggest infrastructure problem across regional Australia.

With house prices having skyrocketed and a sharp drop in affordability, regional first home buyers need and deserve their own dedicated scheme to support them to buy a home.

Labor’s Regional First Home Buyer Support Scheme will be reserved for Australians that have lived in that region for more than 12 months.

The Government’s own review of the National Housing Finance and Investment Corporation called for the First Home Loan Deposit Scheme to be expanded in the regions last year.

Labor’s Regional First Home Buyer Support Scheme will help first home buyers get into a house sooner with a deposit of just five per cent without the need to pay Lenders Mortgage Insurance, saving up to $32,000. Government will provide a guarantee of up to 15 per cent of the value of the property purchased. 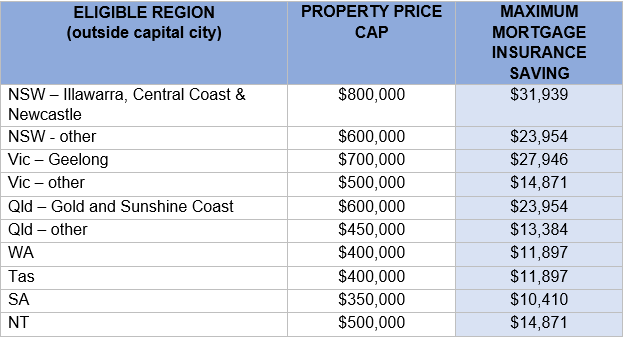 From Gosford to Gippsland to Gatton, from Broome to Burnie, this scheme is reserved for regional Australians.

An Albanese Labor Government will also improve the operation of the current scheme by reviewing and updating the price caps on a six-monthly basis and improving the process of reallocating unused guarantees.

Sign up to get the latest news from Anthony

We acknowledge the traditional custodians of the land on which our offices stand and we pay our respects to Elders past, present and emerging. We acknowledge the sorrow of the Stolen Generations and the impacts of colonisation on Aboriginal and Torres Strait Islander peoples. We also recognise the resilience, strength and pride of the Aboriginal and Torres Strait Islander communities.